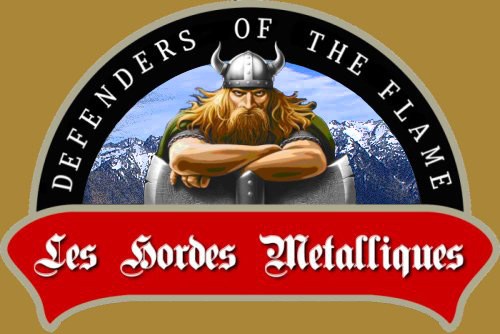 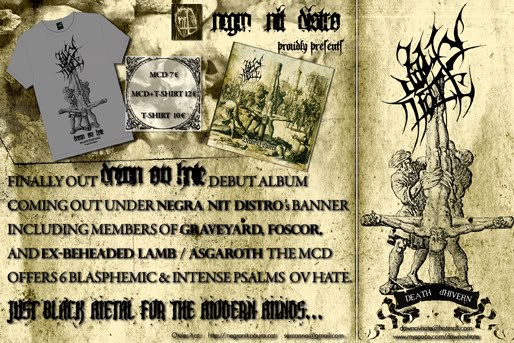 New mcd with re-recorded and unreleased tracks for this project from Germany.

New album for this classic name into black metal.

First album for Varg Vikernes out of jail.

Re-releases for all oficial albums to complete a box-set. Get the 6 re-releases of Burzum albums for only 68€ (postage included / Spain only)

Raw black metal from Germany in a black polycarbonate cd, with a booklet with noble silver print on black cardboard with lyrics in German and English translation

Re-release with bonus cd for the second album for this german band.

Debut mini-album. Melancholic doom rock in the veins of old-Katatonia. From Slovakia.

Accoustic drone doom album for this danish project. It comes in a noble digisleeve cd.

Occult rock from the Netherlands.

Ritual black metal from the Netherlands.

Vinyl version for their last album after a long break. Doom metal from Sweden.

Split between this two hordes of pure black death metal from Mexico and Denmark.

White vinyl in this clochard edition for this release. It incudes a big poster (120x90).

Finally we have recieved the copies for the second album for dutch's Terdor (http://www.myspace.com/terdormetal). This work consists in four tracks and near 40 minutes of music in their own style, who goes from raw black metal to something like "progressive-black", as its own style. First song is a totally new song and the other three are re-writed and re-recorded verions for the ones that appears on Gheestenland split.

Re-release for a 2007 demo with Mandragore demo as bonus. French black metal.


More in our web: http://negranit.paura.cat

Here are the latest news in Negra Nit distro section and our new department for merchandising "Blackdeath Shirts" (http://blackdeathshirts.paura.cat). Also, you can read some reviews for our latest releases in webzine Occult black metal zine (http://occultblackmetalzine.blogspot.com). Here are reviews for latest Terdor, Dark Paranoia, Dawn ov Hate and Plaggha.

If you need to contact with us, feel free to answer this mail. 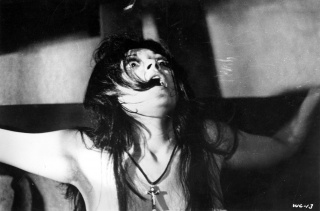 First to mention is the new and final Ep for Spanish black metal cult AMNION. After 12 years in deeply underground one full-length, two eps and one demo, the band changed name due line up changes. Now they are known as Cryptic Wanderings. This is a 7"Ep limited to 500 copies and it's entittled "Where the Celestial Flowers Fade". You can see one live video for Amnion : here

The first demo for promising Catalan band PERENNIAL ISOLATION. You will find 4 tracks of great Atmospheric Black metal. This is a digipack cdrs limited to 100 copies entittled "Uncertainty". Listen one song live here.

The other cdr is the split between three bands of agonic black metal. SKJAERSILD from Catalunya, WULFHEIM from Spain and AISURAGUA from Canary Islands. This cdr is limited to 100 copies in a plastic case. It's named "Absentia Luce". Listen an extract for the split here.

At the end of this mail you will find the last albums added to our mailorder. Contact us for any information about postage, questions or anything else related. Remember that if you visit our land, you can come to see us in our location: TOT SHIRTS Ctra d'Olot 19; 17850 Besalú (Girona) CATALUNYA (spain).

You will found more info in our webshop www.paura.cat

Here Jordi again.
It's just to announce that this month is the 10th Anniversary for our first release (Deinos Mastema / Brume Noire CdR).

We are celebrating this with a 20% discount in all items in our mailorder (Cds, Lps, Eps, CdR, Zines, Shirts, releases,...), except postage.

You can check all this at www.paura.cat

Also, you can see and extract dor our latest release (Cryptic Wanderings / In the Shades split 7"Ep) here: https://youtu.be/QPDlOfxajKc

New releases are avaliable from our side, and some others on the way.

All in our mailorder, among a lot of other items. Check all at www.paura.cat

Deux nouveau titres (is this correct??? I don't remember so much French...)

NN37 NEGATIVA - Untitled I CD
Co-released between Negra Nit and Vertebrae, we offers to you this compilation of all songs published by the band between 2012 and 2014 that just came out on tape. Cold negative, dark, oníric,... Are adjectives that bring near the inside of this project in which you can find not the ego only the cold death.

And more to come:
- NN36 EMPTY - The Last Breath of My Mortla Despair LP 13€
For the first time on vinyl the second work for this great band where they enter the more negative, dark and grim sound. Coreleased with Nebular Carcoma. (In factory now)

Check all in our shop http://www.paura.cat or in our facebook htt://www.facebook.com/negranitdistro

Split 7" EP coreleased between Negra Nit and Lafawijn records for this two Dutch bands with one new track for both. Pure Black metal. Limited to 300 copies handnumbered.

You can listen the entire album through Black metal promotion youtube channel: https://youtu.be/jzSUGLfZet0

This album will be released on CD through Negra Nit (www.paura.cat) and Abyssal Sounds records and it will cost 8€ plus postage. It will be release next November 30th and the pre-orders are open now.

More in our facebook (www.facebook.com/negranitdistro) or in our shop (www.paura.cat)

This past summer solstice was the release date for two first NEGRE PLANY releases (new Negra Nit distro's sub-label for Doom sounds ), for 7" split between Ars Veneficium and Ulvdalir in 3 diferent colours, and, finally, we've recieved the next 3 releases in 8" for our anniversary serie with Cauldron, Ered and Atman (with one side for Melangia that was supposed to be an advance of their album).

And some months before:
-HWAEDER - Of Murk Skies and Withering Mountains CD (Atmospheric BM from Barcelona. With VIRIUM members)

And we are working with some new releases for this hard 2020 like new OUIJA MCD, EERIE CD, the last 3x8"EPs,...

All these an many more in our webshop www.paura.cat

And a lot of new items added to our webshop weekly. Keep updated in our facebook (www.facebook.com/negranitdistro) or check the shop at www.paura.cat

An album of only two songs. The resource is not new, but these initial 14 minutes and 44 seconds, and the slightly more than 19 minutes that follow, say a lot about Terdor’s technical capabilities and their high degree of self-confidence. Departing from war-themed raw black metal in 2005, the Dutch duo now present themselves as an avant-garde and progressive black metal band, without renouncing the true tenets of black metal and its spirit, that’s never going to happen. So don’t expect overproduction or polished sounds, as the gritty De Goddeloze Tolgaarder blast out without artifice, stark, and gritty.
Musically and lyrically, the war ended for them with the EP No Peace For Our Time! in 2010, already released on Negra Nit, and since then the band has not stopped evolving with two albums like Levi and its follow-up Levi II. Now, with this fourth album, Terdor have gone much further.
Written and recorded between 2013 and 2020, De Goddeloze Tolgaarder is exactly like its cover, the work of Marald Art. A strange, unholy, and desolate place, where menacing shadows loom and anything dire can happen. A harrowing and grey journey through a poisoned land that should be attended with an open mind. Thus, fans of Funeral Woods, Blut Aus Nord or the mid-era Mayhem will enjoy it.
It is hard to assimilate these melodies, instrumentation and violent assaults with just one listen. Terdor’s new record needs several chances to drag you victoriously into this mix of Elschschschappij Toveneare himself (guitars, bass, drums) and Den Zwervenaere’s mastering, to abandon you without looking back in this treacherous, muddy, and foul swamp.

This will be a 200 handnumbered copies in Black Heavy 175gr vinyl and you can listen the full album at https://youtu.be/ZOWygD4-3DY

And order it at http://www.paura.cat/en/negra-nit-/3293-terdor-de-goddeloze-tolgaarder.html